The zoo and acting kindly

This past Saturday I took a pretty major step as well and I'm happy to report that it went a whole lot better than expected.

Basically I went to the zoo as my niece had invited me to do so. This particular zoo is located about 80 kilometers away from where I live, so it does take a little time to get there. This is important because it means I'm far away from my home; my "safety zone", which matters a great deal - or rather used to.
The core is that I'm put in a situation where I'd be "stuck" for a while with no easy way to get back to my "safety zone", not to mention being among a lot of people. But you know what? It went absolutely fine. It's a great relief to know that my brain doesn't really think this is an issue any more, which just means that this aspect is really starting to leave me. And you know what? That's freaking amazing!

For something like this, which is basically a phobia, the way to battle it is by going against it and doing the things that triggers it, to learn that nothing actually happens when doing it, which then usually means that your brain starts to "let go" (let it gooooooo!) of the phobia thoughts over time as you experience that the things you think will happen actually aren't. Phobias are often irrational, but that doesn't make them any less real when you're dealing with them. Remember that I was once at a point where I couldn't leave the house - I couldn't even talk to people on the phone. Now I'm going to the zoo, far away from my house and interacting with a hundreds or thousands of people. 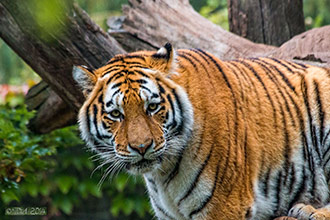 It might not sound like a big deal, but it is. Most people will likely take doing something like that for granted, because it doesn't affect them and it's just natural, but when you've been without the ability to do it, it means a whole lot when you're doing it again. It means you're starting to feel like a more complete person again, like the person you were before all of the shit went down and that's awesome as hell!

Before moving on I did take a bunch of photos while at the zoo, because I wouldn't pass on the chance to shoot some animals other than the local ducks. ;)
You can view the photos here if you're interested.

While at the zoo I also did something that I want to do more, because it's the right thing to do and it makes you a better person.

There was this, shall we call it "show", done by WWF for the kids. They had made it so there was this section close around the scene (which was basically just a patch of grass at a corner) just for the kids, then the grownups had to stand further back, although parents were allowed to keep really young kids company in case they got scared, as it did get fairly loud at times (obviously all this was done so the kids could better see what was going on). I was standing at the corner of this section, just inside the kids section (it never filled up, but I would of course otherwise have gone out if it did). I did this to be able to move around a bit, in case it didn't fill up, and take some photos.

So while the show was going on there was this little kid not far from me, I'm guessing she was 4 or 5 years old. I did notice at one point that she wasn't feeling entirely comfortable with what was going on when she turned around and looked for her parents (which meant she ended up facing me). I looked back as well to see if there was anyone behind me in the direction she looked that reacted. There wasn't. She went back to watching the show though, but I figured I'd keep an eye on her.
A little later she again turned around and I could see she was starting to cry, so obviously she was not feeling comfortable at all with what was going on. So I just reacted and went down to her, put my hand on her back and asked if she was alright, which she wasn't. Luckily her parents (or mother at least) had noticed as well and come through the crowd, so she could run to her right away.

So what's the point of this? Well, it's being more who I want to be. Don't just stand around looking at someone being hurt, sad or whatever, thinking someone else might fix it. You're there and you're able to make a difference, so do it. This was a little kid not feeling comfortable and you're an adult so you do what you can to help. The world isn't going to become any better until we start actually caring about each other, even the people we don't know, be it kids or adults.
I had the chance to do something that I want to do: Help people when I can in situations like these. Don't think or stand there waiting for someone else to do something - but just go in and help. And you know what? It makes you feel better, because you actually did something nice and made a difference in someone's life, if even just a very small difference.

We're humans and this is what matters; being humane. You can't save the world and you can't make everyone feel better, but you can at least react in situations that arise in front of you. And helping 1 person at least goes a little way towards making things better.

Something I forgot to mention in the last update is that I'm still very stressed. I'm really horrible at not doing anything, because I want the time I'm using now to at least have some worth, meaning me actually progressing by learning and creating things.

Nevertheless it's something I need to get a handle on, I just don't quite know how to yet - but it needs to happen, so I will have to figure it out.

Until the next update I hope you will all have a wonderful time! Don't forget to smile, treat people and animals kindly, think positive and enjoy life. :)